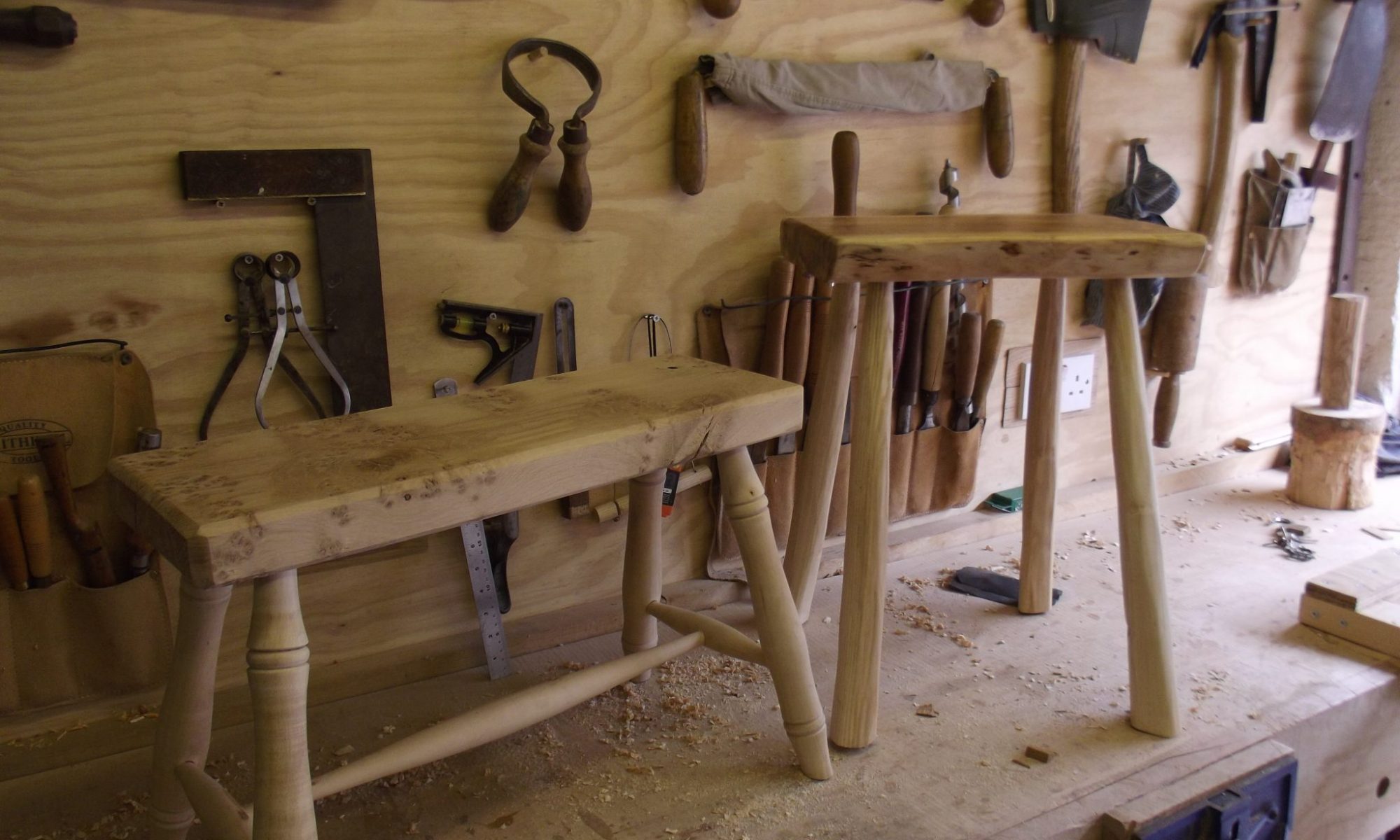 Today I finished off (almost anyway) two very different stools. One in Yew and Ash to be used as a seat for playing the quitar and the other a footstool for a very beautiful farm house. The smaller of the two has a lovely patterned Oak top with Beech legs and Hawthorne stretchers. It is the second piece commissioned by the couple and like the first is made entirely from their own wood. 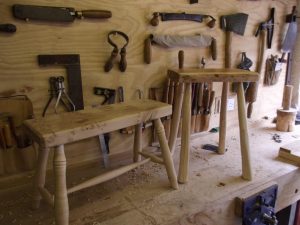 With turned legs and stretchers this involves a lot of work to turn season and join (a total of ten round mortice joints) the pieces. It was great fun to make and all the more so as it was the second of its type. The two are similar but by no means a matching pair. All this needs now is some Danish and its ready to go.

The Yew and Ash stool is far simpler with four round mortises for the legs and no stretchers. To complement the natural edge of the yew seat the legs have a drawknife finish leaving a pleasingly uneven and rustic appearance. Yew and Ash work very well together with the lighter Yew Sapwood matching the pale Ash in contrast to rich complex heartwood.

I hope to have some similar pieces for sale at the Okehampton and Chagford shows later this summer.

I will be back at Clifford Barton next week starting shaving horse mass production and finishing the work shop.

Took a trip back up to North Wales last weekend an

I was s bit focused on getting this completed to g

Used the #minimill again last week to resaw this o

Some happy people with their creations from recent

Did a little bit of this today. No matter how much

Finally got this arch and gate installed. Lovely c

Milly keeping out of the way while we fell some ch

Me humping Ash around in preparation for yet anoth

Over looking Fingle wood from #cliffordbarton the

Two more shaving horses came into the world this w